Lucie Martin would have never chosen to work at a psychiatric hospital when she began her nursing career.

“Mental health would have been the last place I wanted to work,” she said. “I was young and had not experienced a lot of ups and downs in my life, and frankly, I would have been intimidated.”

Not so now. With the benefit of life experience, and extensive training and support from Oaklawn, Lucie finds her work in inpatient crisis stabilization to be a meaningful way to serve others. 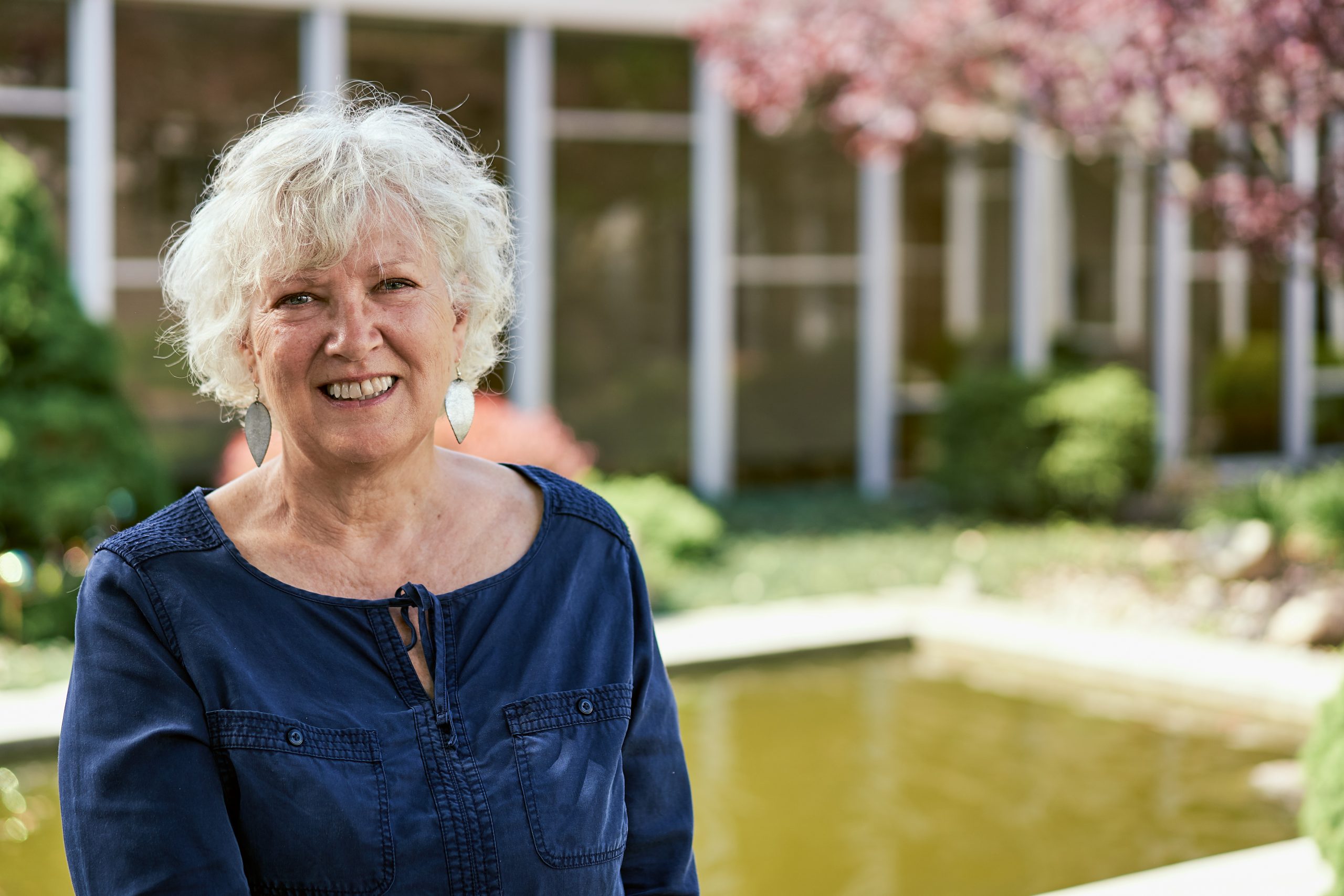 “We communicate well and depend on each other. Working at Oaklawn is a chance to be part of a really dynamic team.”

Lucie works at Oaklawn’s 16-bed adult inpatient unit in Goshen, with high-acuity patients in crisis. Instead of the apprehension she might have experienced as a younger nurse, she brings a calm, patient and compassionate approach to the work, which she admits has its challenges.

“The saddest part of a mental health crisis is that people often refuse treatment when they’re in the middle of it. So you’re working with a client who might not be very receptive – or appreciative – of your attempts to help them,” she said. “On the other hand, the most rewarding part is to get somebody through that crisis and to see that turnaround.”

Lucie knew very little about psychiatric nursing when she came to Oaklawn eight years ago. She had spent years in other nursing roles – hospitals, emergency rooms, schools, even the Elkhart County Health Department. In 2008, she left nursing to pursue a graduate degree in environmental design and started her own landscaping design business. But due to the economic downturn, she decided to return to the field, in an entirely new role.

“Patients taught me, doctors taught me, my fellow nurses, the mental health techs,” she said. “You learn from everybody.”

A typical day includes passing patient meds, treatment team meetings, leading psychoeducation groups and discharges. The average length of stay in the inpatient unit is 3-5 days, so the work primarily revolves around stabilization and discharge planning. Oaklawn takes a team approach, valuing input from everyone on the unit.

“I have felt a lot of ownership in what happens,” Lucie said. “I really appreciate the collaboration with the doctors, the MHTs and the other nurses. We communicate well and depend on each other. Working at Oaklawn is a chance to be part of a really dynamic team.”