Liz Lopez joined Oaklawn as an administrative assistant in 2014.

“I was looking for a new job. My past job was really stressful and I wanted to spend more time with my kids,” she said. 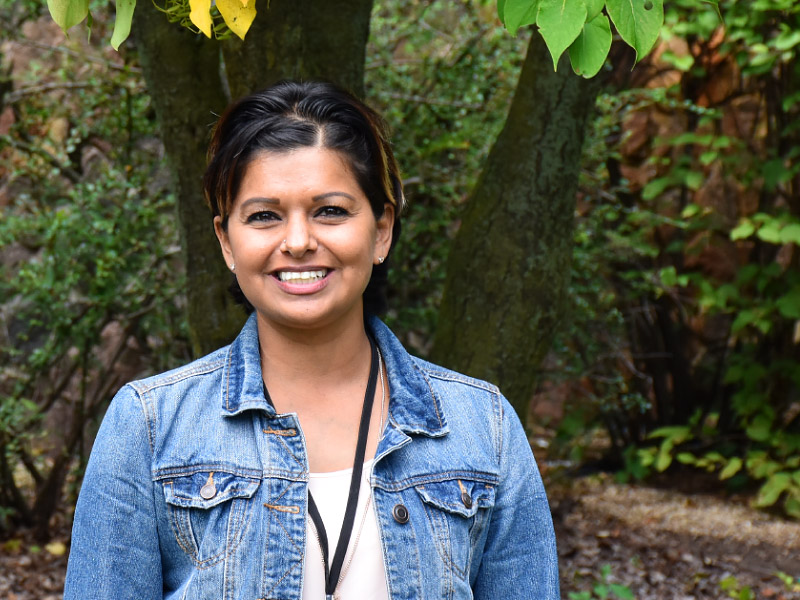 “The people I work with are amazing. Oaklawn is good to people – both employees and patients.”

She saw an ad for Oaklawn in the newspaper, applied and was quickly hired into a part-time position at the Goshen campus.

In the years since, Oaklawn has delivered the work-life balance she sought. She says her supervisors and co-workers have been very flexible, particularly during a time when she needed time off for a medical issue.

“The people I work with are amazing,” she said. “Oaklawn is good to people – both employees and patients.”

Now back to her regular schedule, Liz spends her days answering phones, making appointment reminder calls and checking patients in and out at the front desk.

Interacting with patients can be the most difficult — and rewarding — part of her day, she says.

“The greatest challenge is working with patients who come in and are having a bad day,” she said. “But I like it. I like being able to change their behavior or their attitude through trying to help them. It’s rewarding to see them go from being upset or angry to leaving with a much more positive outlook — just to make a difference in that person’s day.”