When Jona Vitela started as a food and nutrition coordinator at Oaklawn in 2011, she never imagined that seven years later, she’d be a therapist. But the support she received at Oaklawn made it possible, she says. 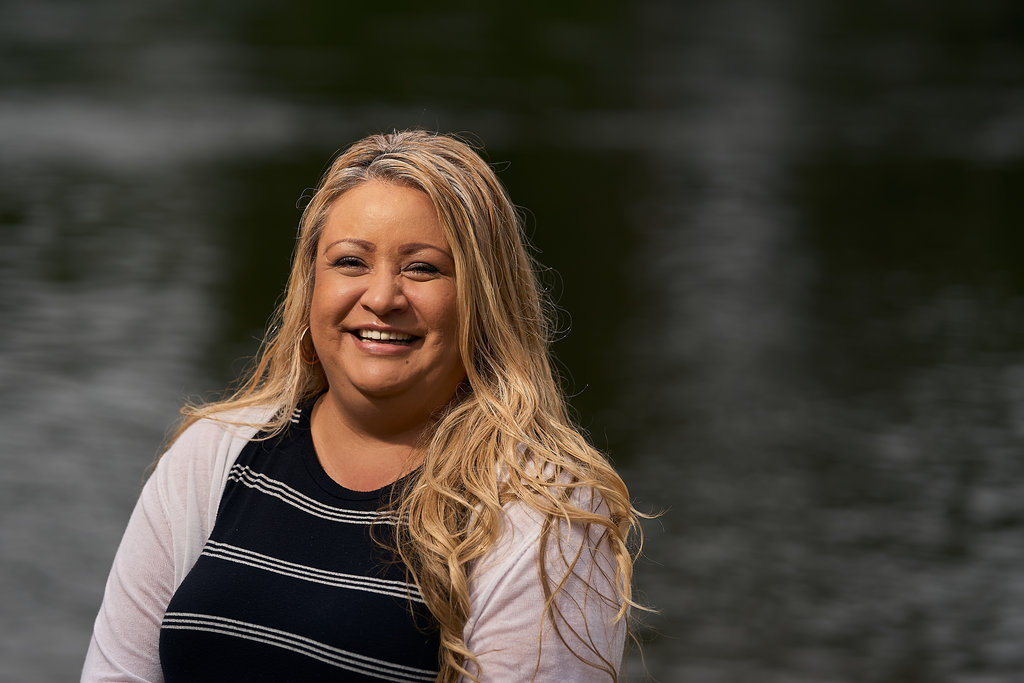 “You have what you need to pursue more than you thought you could.”

“The environment is so supportive,” she said. “You have what you need to pursue more than you thought you could.”

Jona had worked at Oaklawn for about a year when she graduated with an associate degree in human services. She wanted to learn more about possible career paths here, so she spoke with a supervisor who suggested she work in the Access Center. Using her bi-lingual skills, she helped connect people with the services they needed, whether inpatient treatment, outpatient appointments or community resources. She also enrolled at Bethel College for a bachelor’s degree.

After a few years in Oaklawn’s Access Center, Jona decided to take a full-time job elsewhere, and stayed at Oaklawn on-call. “I tried it for 30 days and I was like, ‘This isn’t me. I want to go back to Oaklawn,’ ” she said. Although she earned less at Oaklawn, the friendly atmosphere, support from co-workers and flexibility of her supervisors proved to be invaluable. Jona worked full time, attended school in the evenings and was raising three teenagers. At Oaklawn, she had flexibility and room to grow.

Once Jona finished her bachelor’s degree, she became a child and adolescent care facilitator. She also applied for the MSW program at IUSB. Jona received grants from the Oaklawn Foundation to help cover the cost of tuition and gained a wealth of experience doing her practicum in Oaklawn’s addiction program.

Now, Jona is an adult therapist, an on-call therapist for a local emergency room and still uses her bi-lingual skills for the organization (those last two roles also make her eligible to earn extra pay). And the experiences she gained in her first seven years with Oaklawn have helped prepare her for her current position.

“When somebody’s in crisis, and they’ve been waiting [for their appointment], they’ve been really waiting for somebody to listen to them, and you get to be that first person to allow them to start to heal – that’s the most rewarding,” Jona said. “When they say something like, ‘Thank God for you,’ it’s so meaningful to me, because they’re so sincere.”