When Joel Kern left his hometown of Goshen, he always hoped he would one day return to work at Oaklawn.

“That was the place where my excitement about mental health started,” he said. During college, Joel worked as a mental health technician with intensive services for youth.

“I was originally a theology student, but I just fell in love with mental health and the work that we did, and I decided I was going to completely change my major and my career.” 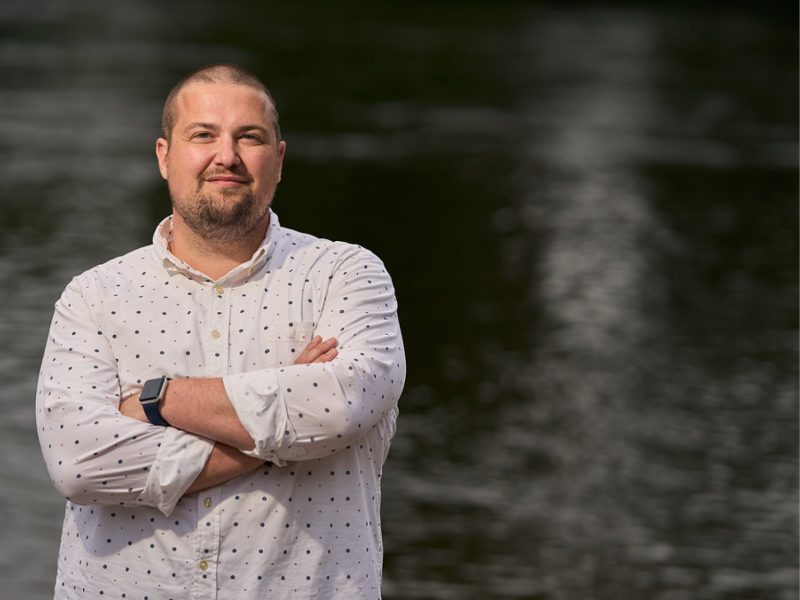 “I’ve never seen an organization that is so willing to spend the money and time and energy to train people the way that we do here. There’s such a culture of support here and that is unique.”

After college, he and his wife, Naomi Rice-Smucker Kern, who also worked at Oaklawn, moved to Chicago. During the 10 years they lived there, Joel received his master’s degree and worked as an adolescent therapist and a private care manager. Eventually, the Kerns decided to move home to be close to family, and Joel took a job with Oaklawn as a clinical therapist.

“I really love the energy here. I love that you get to do 24-hour therapy,” he said. “It’s not only the therapy that happens in the four walls of your office, but you’re also creating an environment in which you can teach these youth how to express themselves in the best ways. We can teach them to handle their mental illness in a way that gives them life instead of stealing their life.”

Joel has since been promoted to clinical supervisor for Child & Adolescent Intensive Services. In addition to the unique services residential treatment offers, Joel loves the transparency of Oaklawn’s leadership. Joel had previously worked for an organization that went out of business because of mismanaged funds. He was living in Chicago when Hull House, one of the most influential social service agencies in the U.S., closed due to a lack of funds in 2012.

“Oaklawn feels healthy to me, and that’s not something you often see in community mental health,” he said.

He also appreciates the training and support employees receive.

“I’ve never seen an institution that is so willing to spend the money and time and energy to train people the way that we do here,” Joel said. “There’s such a culture of support here and that is unique.”