Dion Lax was planning to be an elementary school teacher. He spent three years in IU Bloomington’s School of Education and sat for the state licensing exam. Then a friend who was a recent graduate invited him to shadow in the classroom for a week.

“By the end of the week I knew that being a teacher was not the career move for me,” Dion said. “So I chose to purse a career in social services to help people in need.” 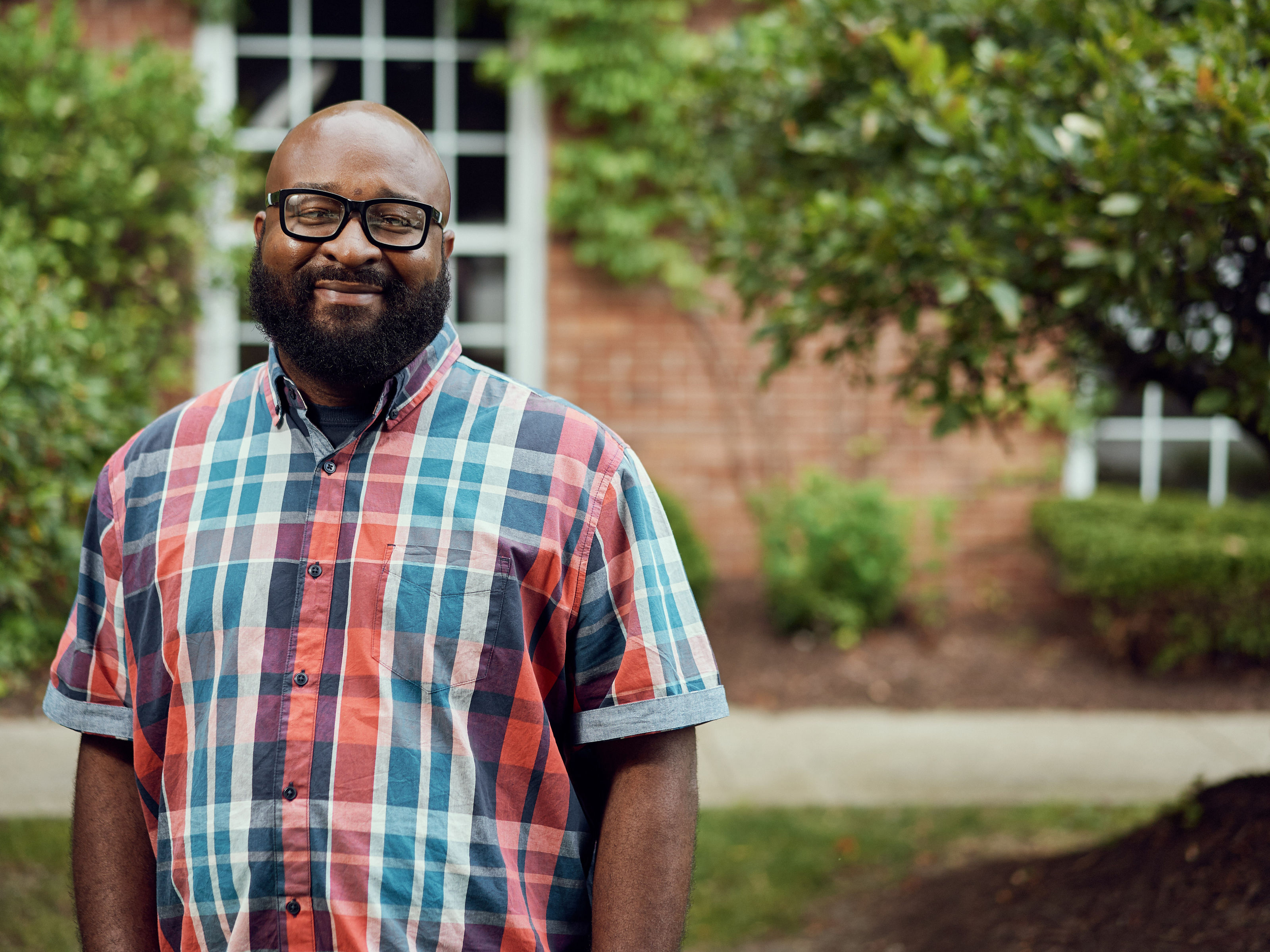 “I have this crazy passion to work with adults with mental illness. [It’s] a really good feeling.”

After graduation, Dion still wanted to work with kids, so he worked for a local school readiness program and, after that, a foster care agency. But after seven years – and considerable burn-out – he was ready for a change. He applied to join Oaklawn’s adult case management team in South Bend. He ended up accepting a position with the child and adolescent team, then transferred after a year.

In working with seriously mentally ill adults, Dion found his calling. As a care facilitator, he helps people access the services and supports they need – things like Medicaid, disability, food stamps, doctor’s appointments, medication, housing and the like. It’s challenging – from the technicalities of government applications to working with clients whose illnesses are not yet well-managed. But he sees how his work makes a difference in people’s lives – helping people who haven’t been to a doctor in years get medical coverage, or helping a person who’s homeless find a place to live, is immensely rewarding.

“I have this crazy passion to work with adults with mental illness,” he said. “They’re looked upon as rejects in our society, no one wants anything to do with them. So to be able to keep this population afloat and maintained in the community is a really good feeling.”

It’s now been seven years since Dion joined Oaklawn’s adult team. One of the reason’s he’s stayed is the supportiveness of the team, he says. His teammates – from supervisors to new hires – support each other, teach each other and root for each other’s success.

“Atmosphere goes a long way,” Dion said. “The fact that everyone’s so helpful, that’s one of the main reasons that I’ve been here so long.”